He got his Blue Belt

After 4 hours of intense testing Dallas received his Blue Belt in Karate. 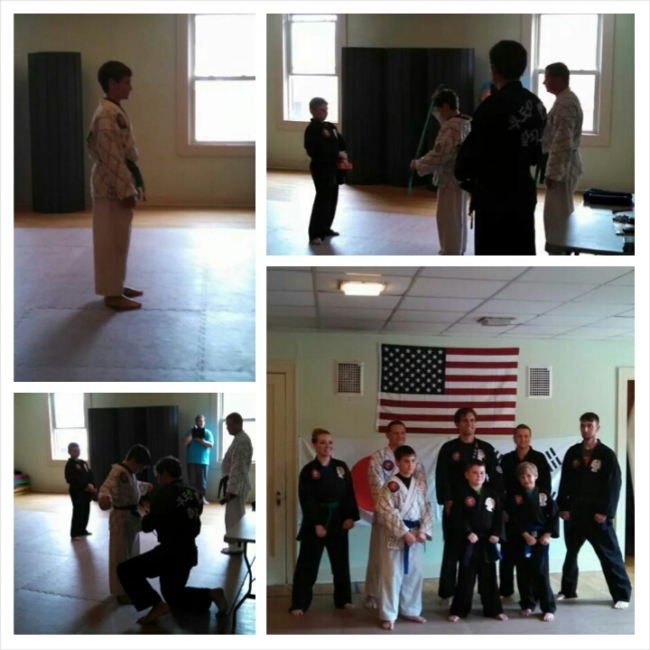 Daddy took him and occasionally would send me pictures and videos. He nailed his Bible verses too. I am so proud. Everyone in the school did awesome. It was tiring and exhausting. We will hang his green belt on his rack. Now he wants to push for his Brown Belt.

While he was testing Dakota and I were holding down the farm. I did Dallas chores in the pouring rain this time.  The ducks were loving it but not the chickens and Tuffy so much.

Then Dakota tried several times to mow the yard but it just kept raining in spurts. 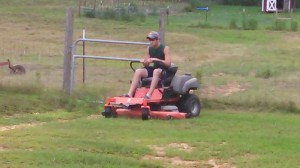 Later that evening the karate class had a swim party at our instructors house. Then fiireworks followed.

It was a good day.

I am a wife to an amazingly dedicated, devoted, and loyal husband whom God sent to me. I am a mother to two wonderful boys to whom I'd give my life for. Around here we have homeschooled, we farm, garden, hunt, fish and anything else we want to do. Although I do have Rheumatoid Arthritis. Sometimes its hard for me to keep up. If it was not for my husband and two boys, I could not do some of what I do. They really do help me alot. We work together as a team in my home. We try our best to train up our children in the fear and admonition of the Lord. Yea, they slip sometimes and correction has to be made. Thats life. I want so badly to be just like the Proverbs 31 woman. My grandmother did an awesome job of it and Id like to fill her shoes.
View all posts by 4dfarms →
This entry was posted in Uncategorized. Bookmark the permalink.